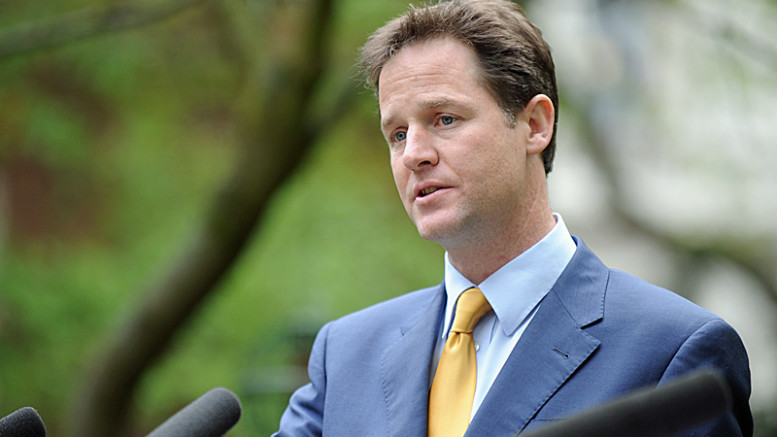 In a controversial move today, the former Deputy Prime Minister Nick Clegg has gone back on his promise that his university appearances would be free for students to attend.

In a YouTube video released online today, he said: “When I left government I pledged that I would never charge fees for my talks at universities around the country. I shouldn’t have made a promise if I wasn’t prepared to keep it. And I’m sorry.

“By charging £9,000 to hear me speak today, it is not my aim to make life more difficult for students from poorer backgrounds in Cambridge. In any case, I have received assurance from the Union President that those students are not normally welcome at Union events in the first place.”

He continued: “I know this situation will probably remind you of another difficult decision I had to make: the time I was captain of Robinson College’s tennis team in my undergraduate days. I had publicly pledged to keep the team free for all but we were still feeling the effects of the 1980s recession and struggling with our funding. I knew we needed more tennis racquets for the team so I made the difficult decision to charge a small but essential £9,000 fee to all members of the team. I said sorry then, as I’m saying sorry now, but it was the right thing to do.”

Clegg went up to Cambridge in 1986. He spoke about his time as an undergraduate in his recent autobiography, Walking on Cleggshells:

“I have fond memories of my time at Cambridge, particularly performing at the ADC, where I learnt that there is no greater thrill in life than convincing students you’re something you’re not and being laughed at by rooms full of people.”