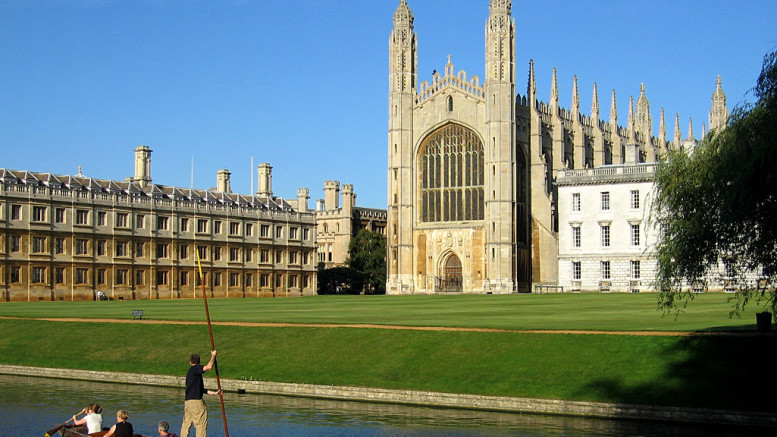 Marcus Atherton will begin life as a student this week, the first person in his family ever to attend Cambridge University.

“I’m really stressed about the whole thing,” he said, “I don’t know if I’ll fit in. I don’t have any connection to Cambridge – mainly because everyone in my family went to Oxford.”

Since 1385 no Atherton has been educated anywhere other than Balliol College, Oxford.

Marcus continued: “Even up until sixth-form I never thought Cambridge was an option for someone like me. It was just such a foreign world. I didn’t even know which college to apply to, for about ten minutes until my brother called six mates at Cambridge to find out more info.

“The application process was really difficult. Even though there were the same tests that all four of my siblings aced, they had a different name, so it took me ages to get my head around them.”

Cameron Bridgeworth, director of admissions for Cambridge, said this was a really positive sign for the university.

Asked about his expectations, Marcus said he was nervous but also excited. “There’s lots that I’ll get to do that my siblings never had the chance to do. I don’t think Oxford has a cardboard boat race for one! Or maybe it does. But they’ll never get to jump in the Cam!”

Atherton is part of an intake that has the highest proportion of state school students for 35 years, with 63% of students educated at state schools.

In a statement last week, outgoing Vice-Chancellor Leszek Borysiewicz welcomed the new admissions figures: “We’ve been working non-stop for seven years and are all very pleased with the new statistics. Now that we’ve reached 63% state-school students we have filled our quota for the decade and can finally go back to only admitting people from Eton and Harrow.”