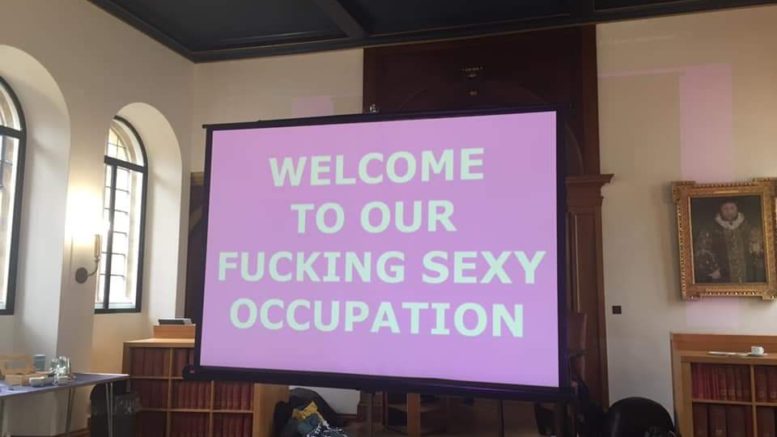 Senate House has today announced that the so-called ‘Solidarity College’ will become The University of Cambridge’s newest official constituent college.

Stephen Toope, resident Canadian and maple syrup addict, stated that there were a number of reasons behind the decision, in particular the fledgling organisation’s pledge to comply with stringent quotas imposed by the university on all its subsidiary bodies. These include a requirement for at least half of a college’s leadership team to be comprised of suspected or registered sex offenders, as well as a strict policy of disregarding all applications made by Northerners or those from a BME background. In addition, as part of its commitment to sustainability targets, Solidarity must now ensure that at least 20% of its endowment is invested in the fossil fuels industry.

Regarding its academic programme, the college has promised to move away from the traditional Cambridge Tripos system in an effort to provide an education more relevant to a modern context. There will be no fellows or staff members, as they will be on permanent strike, with all teaching facilities situated behind picket lines. Instead, students will pay £9,250 per annum for the privilege to attend weekly seminars on strike theory (given by French railway workers), the precise details of lecturers’ coffee orders, and ‘how not to cross a picket line, you fucking scab’.

Solidarity’s revolution does not just stop there, however, with the college’s social life also set to mark a radical deviation from the norm. One of the first events on offer is a ‘champagne social’ organised by the University’s Marxist Society, while Bops will take place on King’s Parade, hosted by a DJ expertly drilled in playing music just loud enough to irritate anyone trying to go about their ordinary business. The college will also ensure any pleasure that could be derived from the music itself is drowned out by some wanker shouting incoherent gibberish into a megaphone.

The college’s inception has not come without challenges. It has been reported that, whilst the college initially flaunted its progressive policy of gender neutral toilets, this is actually because all members, regardless of gender identity, have been forced to use the same bucket located in the corner of the room.