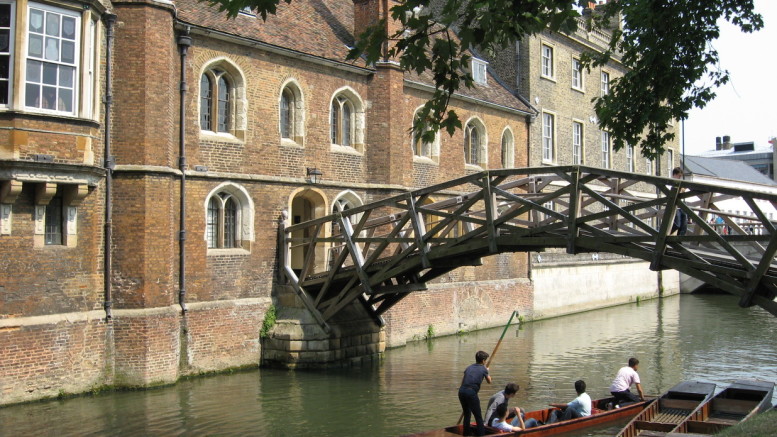 Students all over Cambridge have given up all forms of alcohol after reading an email from a Queens’ fellow, which was sent to Natural Sciences freshers.

The email from Professor Eugene Terentjev has inspired students by reminding them that they are not at a university where students ‘have what they regard as “a good time”’.

Marcus Atherton, speaking from a non-alcoholic pizza party with classmates, said “I feel as if a great weight has been lifted from my shoulders. For years I’ve been playing the ‘penny game’ at formals and drinking as much as twice a week. Now I’ve realised how much this degenerate lifestyle was holding me back.”

“Now that I’ve quit drinking, I’m going to rejoin all the terrible societies that drove me to alcohol in the first place!”

The email’s impact has not just been limited to Natural Sciences students. Horatio Dunlop, a second year maths student, said that refraining from alcohol has turned his life around. “In the four days since I read that email and gave up drinking I’ve gone from being predicted a third to being senior wrangler. It’s incredible.”

Associations all over Cambridge have taken to supporting the teetotal lifestyle. Timothy Bainbridge, president of the Goatshaggers Drinking Society, said “We were all really inspired by that email and have already given up drinking. We’re hoping that this will give us time to engage in other hobbies and reflect on our emotional insecurity. Personally, I’m looking forward to expanding my stamp collection and talking to my mother again.”

The Cambridge University Students’ Union have also announced they plan to bring Professor Terentjev, onto the sabbatical team. CUSU President Tara Lamp said, “We can’t wait to get Professor Terentjev on board as our welfare officer. He’s already shown he clearly has what it takes to start a conversation about mental health. Plus he’s managed to send out an email that people actually read so we think he’s going to do wonders for CUSU engagement.”

When asked for comment, Professor Terentjev declined, saying he was busy “throwing eggs at people in the queue for Cindies”.