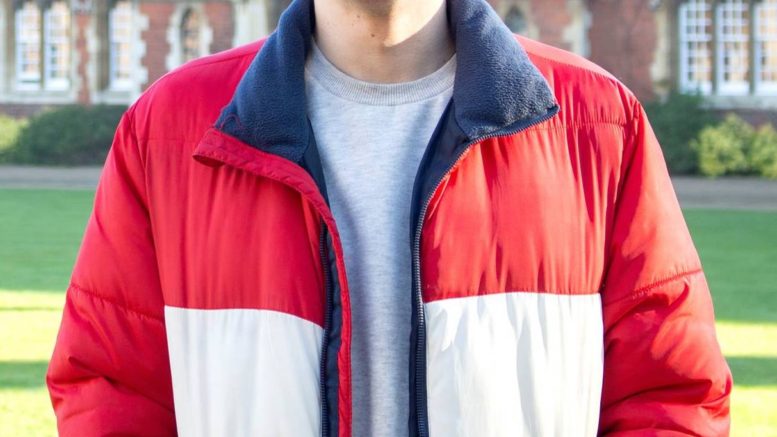 For seven terrible days, the lecture sites of Cambridge were haunted by CUSU candidates, endless manifestos, and an ever-present banshee-like wailing of “have you voted yet?”

But amongst the crowd, one figure stood out. A burst of colour against the grey of the Sidgwick Site, Edward Parker Humphreys’ coat has decided to grant a rare interview. Speaking from a coat hook in Jesus College, it is ready to reveal the inside story of the Presidential campaign.

The partnership dates back over two decades, to when Ed was born already wearing a red, white and blue striped babygrow. Over the years, he and the coat have grown together, sticking to each other through thick and thin.

“Last month, during the unseasonable February heatwave, Ed refused to take me off, saying it would hurt his campaign,” the coat reveals. “He ended up in Addenbrookes, being treated for heatstroke.

“I would characterise my relationship with Ed as like that of a turtle and it’s shell. Without me, he’d be incomplete. And probably vulnerable to predation from foxes, badgers, and crows.”

In response to questions about the power dynamic between the pair – with many noticing their close bond – the coat replies without hesitation – “symbiotic.” However, it admits that they sometimes have disagreements: “Ed thinks that he is wearing me. In reality, most of the time I’m actually wearing him.”

“Who wears the trousers in this relationship? It’s obviously Ed, because he is a man and I am a coat.”

Dig a little deeper, however, and it’s clear that their relationship is complicated. In one particularly cutting remark, the coat says: “Did Ed really have any policies, or did he just have me?”

Moreover, the coat has voiced concern over recent rumours that the CUSU President-Elect has been sighted looking at duffel coats in Topshop. “Ed and I have been together for years. I was there for him in the good times and the bad. Does he even know how stressful this week has been for me? It’s hard to comprehend how he could throw me under the bus like this.”

Whether its owner tries to discard it or not, the coat remains secure that its legacy will live on in Cambridge. “I have more power over Ed than even he knows. If he gets a new coat, will students even recognise him? I basically own CUSU now.”

Tune in next week, for the second part of this series – an interview with Evie Aspinall’s glasses.