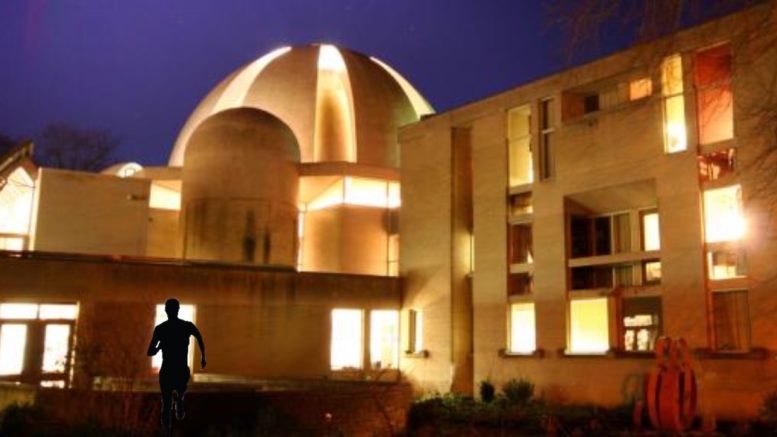 A spectre is haunting Cambridge, and it’s the spectre of Overnight Guest. Who is he?

Porters, Deans and procrastinating NatScis have dedicated all their energy to apprehending this elusive yet seductive figure – the one-man army behind all of Britain’s COVID cases. Close examination of early Covid briefings has revealed a shadowy, masked figure lurking behind Boris Johnson. The question burns: who is this man? The Porter’s Log has interviewed police, swooning victims, and the Overnight Guest himself to find out more.

“Close analysis of CCTV footage has revealed that the man calling himself ‘Overnight Guest’ was all 50 people at last week’s illegal Homerton party,” barked the Chief Constable of Cambridgeshire. “Working in conjunction with brave Camfess reporters, we have established that the suspect was last seen exiting a back gate in Medwards. The public is advised that Overnight Guest poses as an ordinary student by day, but transforms into a sociable, serial-visiting fiend by night. We have issued an intercollegiate red notice but it has been difficult to apprehend him: all you hear is a solitary cough and he’s gone.”

“Ever since Rishi Sunak suggested they retrain, newly-unemployed ADC publicity officers have been instrumental in attaching WANTED posters to churches,” the Head Porter of King’s added approvingly. “All Cambridge students are directed to immediately report any individual who meets the description– flexible and speedy, doused with Axe body-spray, and clothed in all black except for a distinctive pair of lime-green Crocs.”

“I wanted to report him, but his energy was infectious,” blushed masters student Roberta Williams. “He was so hot I felt feverish.”

“He just… took my breath away,” giggled second year Jessica Covidiot. “Everything felt tasteless and bland after he left.”

What does the man himself have to say? Covertly meeting reporters at the University Library, Overnight Guest maintained that he was not in fact conducting illicit overnight visits but merely putting in practice for his upcoming French oral exam at the Cambridge University Language Centre. “I am nothing if not a sincere and dedicated student,” he asserted. Overnight Guest was also keen to relay his regrets that the university’s recent access programs did not extend to him.