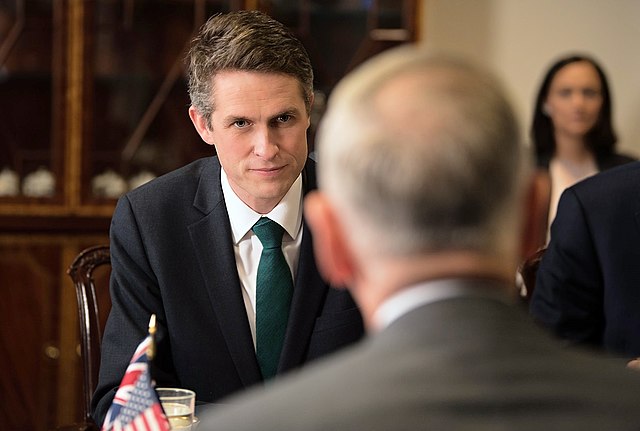 Taking a firm stance, he declared that ‘us Tories practically invented cancelling things’, and that attempts to cancel him or other members of the Cabinet were ‘basically cultural appropriation’. He continued that such acts would be taken very seriously and result in a ‘cross party enquiry’ that, according to the Department of Justice, would after a considerable delay, result in ‘the square root of fuck all’ (sic).

In his speech he provided a wealth of evidence to support his claims that ‘cancellation is as traditional to a Tory as turkey at Christmas or casual xenophobia between friends’:

1. ‘For one, I cancelled exams, didn’t I?’ – Mr Williamson, sharp as ever, was quick to point out that he indeed cancelled the one job his department had, not only this year but the year before too. ‘Boom, two cancellations early doors right there’.

2. ‘And that alpaca, he got what was coming’ – of course, exams weren’t the only recent cancellation by Mr Williamson: ‘Gertrude or whatever it was called’ was also recently ‘permanently cancelled’ (see euthanised) for ‘maybe being sick or whatever, I don’t care, alpacas can’t vote’.

3. ‘The concept of fun’ – Whilst oddly proud of it, Mr Williamson is indeed credited in the majority of academic circles with cancelling the concept of fun. Unfortunately, our team was unable to find any citation or origin behind the universally accepted truth.

4. ‘We cancelled our own manifesto’ – With the recent announcement of the raising of National Insurance, the Conservative Party have successfully cancelled their own party’s manifesto, something seen as ‘an absolute win for Tory tradition’ in the speech today.

5. ‘Benefits: cancelled them’ – somewhat more controversially, the scrapping of Universal Credit and furlough pay has been described as a ‘bonafide cancelation’ by the party. ‘Now, some people don’t like that one for some reason…’ Mr Williamson said this afternoon.

6. The idea of Tories as rich party boys – of all of Mr Williamson’s achievements, he is most proud of this one. ‘Before me, everyone thought all Tories were rich, snobbish party boys, but I have emphatically never been to a party. So there.‘

7. The concept of ‘cancel culture’ – Following his recent ‘faux pas’ about Marcus Rashford and Maro Itoje, Williamson answered a question with ‘nuh uh, well I’ll cancel cancel culture back then, huh? Can’t cancel me if I’ve cancelled cancel culture now can you, now please stop talking about it’.

8. The sun – When asked ‘what’s next for the Conservative Party?’, Williamson replied ‘The sun – not the newspaper, the bright glowing thing. I don’t like that people keep waking up and trying to cancel me, so I’m going to cancel the sun. That’ll show them.’

9. BONUS: ‘And I cancelled my own party: howzat?’ – Mr Williamson was referring here, of course, to the cancellation of Matt Hancock, a senior member of his own party. ‘We cancelled him, then uncancelled him in the name of anti-cancel culture, and now we’ve cancelled him again!’ To this, Mr Williamson spread his arms wide. ‘You can’t ask for much better than that. That’s like…a triple cancel or something’.

We approached Mr Williamson for comment, but unfortunately due to his cancellation he is nowhere to be seen. If you have any information regarding the whereabouts of Gavin Williamson, please contact theporterslog@gmail.com.