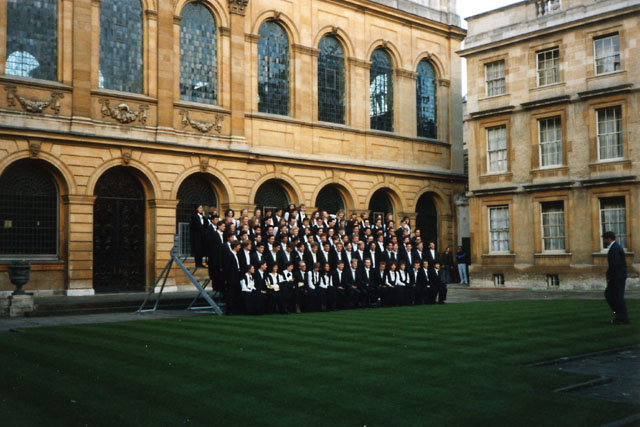 A fresher at the University of Cambridge has begun legal proceedings against his college after he was left with no choice but to attend a ‘harrowing’ 9am matriculation ceremony the morning after a robust drinking session at Cambridge’s premier nocturnal institution, Vinyl.

The student in question, Marcus Atherton, an incoming first-year at Trinity, had originally been intending to spend a productive Monday morning wallowing in self-pity, guzzling Lucozade, and hastily trying to mitigate the emotional damage caused by a slew of drunk voicemails he left on his ex-girlfriend’s answering machine in the early hours of the morning. However, much to his horror, and in spite of his frail physical condition, he instead found himself forced to endure the life-changing trauma of waking up at a respectable hour and having his picture taken.

“It was like being in purgatory,” Marcus elaborated. “Sitting there on a flimsy foldable chair, freezing my bollocks off in my dead grandad’s dinner suit and a £40 tablecloth while the master trotted out some dire joke about the next one being “the silly one”. I just wanted a hug, and to be told that I’m worth something, and… oh God Brianna I miss you so much…”

Marcus’ lawyers were optimistic about the prospect of an out-of-court settlement with the college. “The right to party is enshrined in the Universal Declaration of Human Rights,” said Lead Counsel for the Prosecution Horatio Dunlop, “a right, I might add, that many, including the Beastie Boys, fought hard to preserve. We therefore expect the college to acknowledge its guilt and compensate our client handsomely for the ignominy he has suffered.”

Trinity College had the following response: “Lol, get fucked mate.”

Marcus’ mother, Tara Lamp, expressed her admiration at her son’s tenacity throughout the ordeal. “He’s growing up into such an impressive young man,” she said, apparently unaware that it took her ‘impressive young man’ two hours to successfully open a can of beans on his first night in halls.

As the new term gets underway, freshers’ events have been taking place across the university and its constituent colleges. Introverts are reportedly ‘thrilled’ at the prospect of engaging in small talk with numerous strangers in a loud, crowded room without easy access to a bathroom.