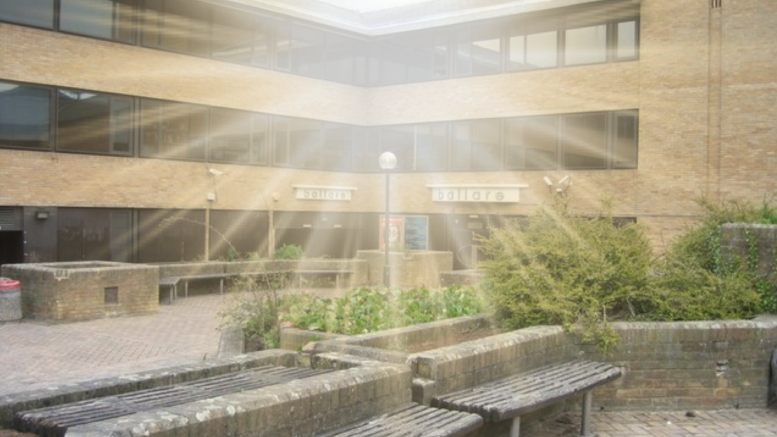 After the revelation of the second coming of Fez as MASH, there has been much celebration in the city of Cambridge today – yet more jubilation is required. Cindies, saviour of nights out and bringer of joy to East Anglia, has returned from the dead in what many are calling an ‘Easter miracle’. The great club, hailed by many as an incarnation of the Spirit of the True Night Out, returned to our midst after its brutal death.

Cindies arrived in Cambridge several years ago, carried by a donkey, which spurred many to ask just how sanitary the facilities would be in a club boasting livestock amongst its entourage. However, in a short time many had come to see Cindies as the true saviour of many a dreadful evening – bringing light to the darkness. The message that there was neither man nor woman, mathmo nor muso, but that we were all one in the grime of the Cindies dancefloor, spoke to the multitudes of Cambridge students.

Its power came at a cost, and soon it found itself condemned to death for blasphemy (and an abysmal financial situation). Fez was freed by the crowd in attendance, but Cindies received punishment at the hands of a two-tonne wrecking ball, and was laid to rest amongst slabs of concrete and broken bricks. Many of the club’s truest followers refused to believe that this was the end, and that Cindies would come again.

This morning, a NatSci from Magdalene called Mary was passing by the site of the fallen club when she noticed something odd. Mary from Magdalene noticed that the club had come back. Quickly, she rushed back to tell her friends so that they could rejoice in the good news. Upon hearing the glad tidings, many threw themselves to the ground and wept with joy.

Others, such as Trinity mathematician Marcus Atherton, did not so readily take to the good news, and said that it was not possible for Cindies to have returned. As they said this, Cindies appeared amongst them, and reproached them for their lack of faith. “Come to me Marcus,” said the great Club, “sit in my smoking area and know that it is me. Come and chunder in my toilets if you do not believe that I have returned.” Greatly chastised, Marcus fell to the ground weeping, apologising profusely for their scepticism.

The news was also heartily welcomed by the Christian Union. While they thought much of the media coverage of the club’s return was “frankly a bit sacrilegious”, they rejoiced at the opportunity to be rid of the jam sandwiches they had been stockpiling. With no drunken club-goers to offload the sweet, metaphorical ‘bodies of Cindies’ on to, the blessed bread and conserve had begun to build up in a supply closet, and “was beginning to smell”.

A spokesperson from the Backstreet Boys, self-professed experts on ‘things coming back’, lauded the move from Cindies saying that the club was “original (yeah), the only one, sexual, and everything you need”.