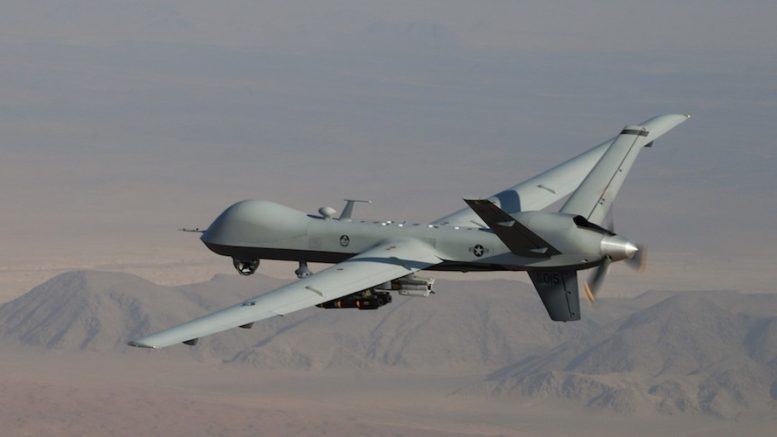 As part of an ongoing dispute over pay and pensions, striking lecturers at the University of Cambridge have voted unanimously to begin a course of co-ordinated missile strikes on the university.

Unveiling their new Facebook group ‘Drone Strikebridge’, disgruntled members of staff explained that the decision had been taken after an alleged breakdown of talks with Barack Obama on the best way of doing nothing about the situation. It is also reported that renowned strikers Roberto Carlos and Cristiano Ronaldo had been consulted on the matter.

An anonymous whistleblower has informed The Porter’s Log that the campaign will commence with a carpet bombing of Churchill College on the 25th of November. Although some have suggested that this might actually improve the college’s aesthetic, others fear that the ensuing carnage may become the second worst tragedy in the college’s history, after its foundation. Reports, however, state that Durham University is safe from any threats of bombardment, as the algorithm used by the drones has been configured to disregard low-profile targets.

After a university-wide state of emergency was declared, individual colleges quickly set to work preparing for the imminent onslaught. King’s College, for example, has installed an anti aircraft turret on its chapel and opened up its bunker to refugees. Trinity College, on the other hand, has scheduled a ‘welfare event’ on Great Court lawn for students who got below a 2:1 in last year’s exams. When informed that this would coincide with UCU’s planned Blitzkrieg assault on the college, Trinity JCR’s President simply replied, ‘well, that’s Cambridge bureaucracy for you’.

Despite the long-range capacity of the Hirakawa Mark II drones being used for the operation, experts have calculated that Girton will lie outside of the predicted strike zone. The news has precipitated a mass exodus from the central colleges, with Girton’s Spring Ball Committee particularly excited that this unprecedented diaspora might actually enable the event to go ahead for once.

The future of these drone strikes is unclear and the way to go about negotiating a peace even less so. There are rumours that aerial drone attacks could just be the start of a full-out offensive by lecturers, with leaked intelligence suggesting that strikers have gained access to weapons of mass destruction, otherwise known as reading lists. Unconfirmed reports also hint at brutal guerilla warfare across Sidgwick Site and a picket-line of flaming napalm at the entrance to the Centre for Mathematical Studies. Faced with the social pressure of possibly having to communicate with their striking lecturers, many mathmos have been tempted to run straight to their death at the hands of the blazing inferno.

CUSU have released a statement concerning shelter for students, saying that, after many hours of hard work and effort put in by their entire team, they may be able to provide shelter for roughly 6 students in a shed somewhere. Complimentary water and unsalted crackers, however, will not be provided, in accordance with CUSU’s strict commitment to mediocrity. The Union has also offered its support, stating that they will be able to accommodate their members, but only if they are assigned a ticket in the drawn ballot. Despite this, the safest space to take cover in the university is Trinity Hall, where, it seems, everyone is untouchable.

If you are still unable to find shelter, Cindies will be hosting a doomsday special, where you will be able to scream the chorus to Love Story by Taylor Swift as Predator missiles and hellfire rain down upon your ticketless loved ones in the queue outside. Final entry 11pm.