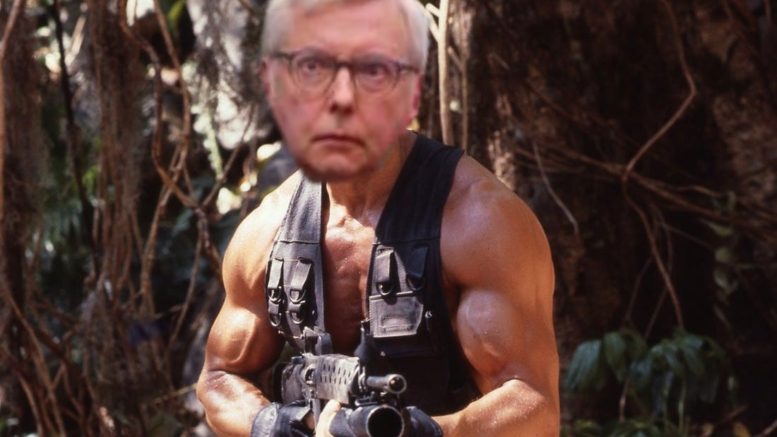 A group of battle-hardened, revenge-driven mercenaries, led by Canadian Vice-Chancellor Stephen Toope, have today lifted the Old Schools occupation after a short but ruthless covert operation left the protestors decimated.

Professor Toope was last seen on the roof of the building with a machine gun in hand, ammunition strapped across his chest, and a necklace made from striking lecturers’ teeth around his neck. It is unknown whether the red bandana around his head is simply a fashion statement, or if he intends to use it as a makeshift facemask following criticism that the occupation is undermining Corona responses.

One witness, Tara Lamp, describes seeing Toope abseiling down the side of Old Schools before breaching the occupation’s defences in bombastic fashion. “I’m not sure how he managed to crash through a window in slow motion, but it was all very cinematic,” she said. “This is definitely better than his attempt to infiltrate the occupation by pretending to be a Canadian documentary-maker last week.”

Toope’s operation was met with fierce resistance. The occupiers had reportedly hired McCauley Culkin as a security advisor, who recommended a series of traps and obstacles to repel any would-be home invaders. As such, activities like yoga and teach-outs were joined by defensive arts and crafts on the college’s Facebook schedule. With such defences in place, occupying students were in a strong position to remain in Old Schools for as long as it took for their demands to be met – or until it was time to go home for the holidays.

This defiant stand came in response to rumours that the occupation is all a misunderstanding, and that a group of students were simply too embarrassed to admit that they accidentally locked themselves inside and decided to make a statement out of it. Don’t worry guys, this whole Solidarity College thing is definitely less embarrassing.