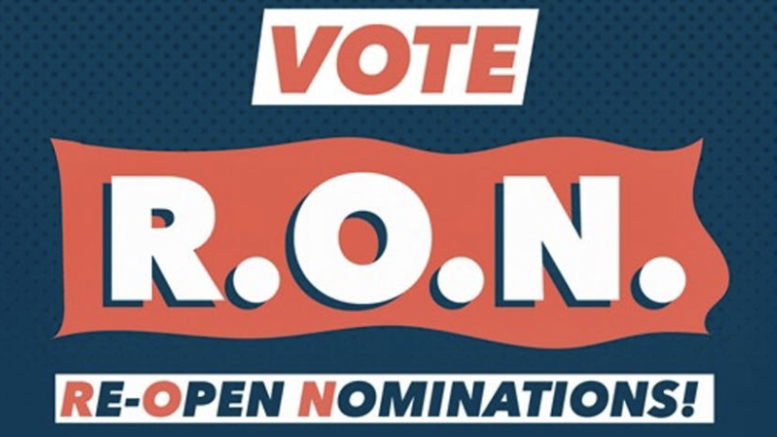 RON, the perennial election runner-up, is considering a legal challenge after being excluded from the TV debates for the upcoming general election.

‘There’s no doubt that people are desperately looking for an alternative – and would vote for literally anybody else if they were given the option. I deserve to be up there making the case for none of the above.’

A senior source briefed The Porter’s Log, pointing out that with Jeremy Corbyn and Boris Johnson onstage, a critical voice was being excluded from the Brexit debate.

“Who’s there to stand up for ‘we’re not sure’, ‘don’t know’, or ‘don’t care’ – nobody is giving a voice to people who simply don’t have a clue on Brexit. Except Jeremy Corbyn.’

RON, whose electoral record of success is very limited, has faced questions as to why they should be included this time around.

‘It is a farce to imagine RON could be included in these debates’ said a source close to Downing Street, ‘RON has no qualifications apart from being a recurrent losing candidate in student politics – and if the first few months of the Johnson premiership has shown us anything, it’s that that isn’t actually enough to run a country.’

RON’s policies have also been criticised for being too simplistic; is it really a solution to Brexit to simply ‘re-open nominations’? Or is this a coded signal to Remainers that RON supports a People’s Vote?

Whatever the outcome, RON is clear:

‘We need to Re-Open Nominations for these TV debates, so I can put my case to the country: re-open nominations on the NHS, the army and the police.’

RON’s other policies include raising VAT, and ensuring that twat from your JCR doesn’t end up on committee.