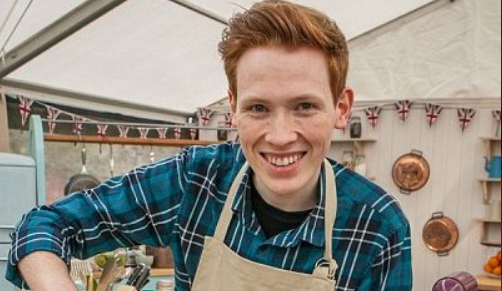 Sidney Sussex officials have announced their decision to rename the college after Andrew Smyth, who graduated in 2013, made it to the final of the hit BBC show ‘The Great British Bake Off’.

Sidney’s master Richard Penty said: “St. John’s has Wordsworth, titan of poetry. Christ’s has Hawking, legend of physics. Now Sidney Sussex has Andrew, king of gingerbread. And with Andrew’s great success comes the perfect opportunity for some long overdue rebranding, starting with a name change. We think ‘St. Andrew of The Great British Bake Off’ has a really nice ring to it.

“Of course Andrew’s not our only famous graduate. Carol Vorderman also studied here and we’re thinking of naming the library or maybe the chapel after her. And to really cement the game show spirit of Sidney, we’re trying to persuade Anne Robinson from the Weakest Link to accept our offer to study here and matriculate next year.”

The renaming is an effort increase the number of applicants to the Sidney street college according to Penty.

“We brainstormed a lot of ideas to increase the number of applicants. Before Andrew came along we had pretty much settled on serving Sainsbury’s meal deals as standard at formal hall. We were confident we’d see a big boost in popularity if we started serving a bag of Walkers and a Lucozade instead of beetroot salad and port, but dedicating the college to Andrew blows that idea out of the water.”

The strategy seems to have already received a positive response from aspiring undergraduates. Applicant Marcus Atherton said: “Well I’ve always loved a good tarte Tatin and my nan is a huge fan of Mel and Sue, so my choice of college seemed like a no-brainer. The lack of facilities, academic reputation and money doesn’t really factor into it if you ask me.”

The new name has, however, received a backlash from fellows at the college. Academic tutor Emily Milton said: “This is getting out of hand. Since the Bake Off final, Sidney Sussex has descended into anarchy. Instead of working, people are organising boycotts of the BBC and burning effigies of Candice on the lawns. The police have already traced dozens of death threats sent to Mary Berry back to Sidney students.”

Other colleges have been quick to respond to Sidney’s decision, with Trinity reportedly considering renaming themselves ‘Isaac Newton (yes the man who literally discovered gravity) College’.