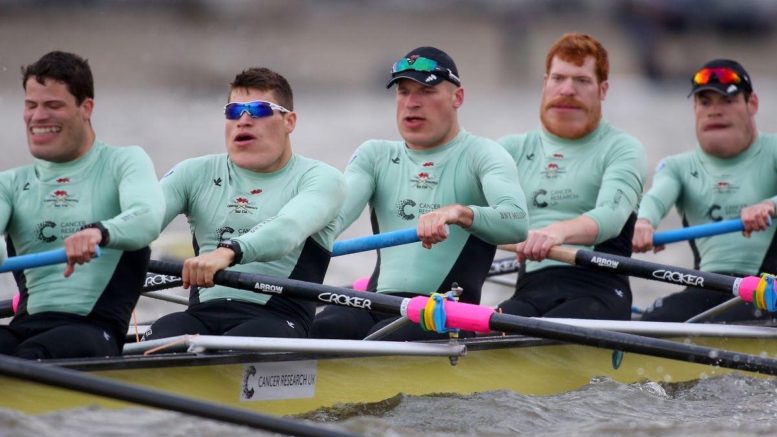 Cambridge rowers have been having a worse time than usual, after a recent mumps outbreak was passed from team to team in the traditional Cambridge intercollegiate rowing competition.

The new format adds a previously absent sense of jeopardy to rowing. Should a boat now be overtaken on the Cam, all members of that team shall be ‘mumped’ and accordingly diagnosed with the contagious viral infection.

Surprisingly the infection is now seen as a social badge of honour; the mumps endow rowers with a face as ugly as their personality, while simultaneously providing them with a conversation topic beyond their early-morning activities.

Boaties have also been freed from having to display their stash, now being instantly identifiable; however, one member of [redacted] boat club complained to The Porter’s Log that the growths made it “too difficult to fit my racist, misogynistic t-shirt over my head. How will Tommy Robinson cope without my support? And poor Nigel…”

Despite the medical issues accompanying mumps, the disease has been greeted with open arms by college teams after the large bulbous growths were discovered to be buoyant, shaving fractions of a second off each boat’s time.

The antibiotic treatment for mumps lasts several weeks and requires the patient to wake up at 5am at least five days a week, but a recently released report from CUBC insists that you do get used to the early mornings.

The report also revealed Patient Zero to be James Cracknell. Fortunately, the disease is unlikely to have spread beyond Cambridge: his time on Strictly was too short to allow other contestants to become infected.

Attempts to deal with the outbreak have also been quashed after a formal medical response was vetoed by Admiral Vice-Chancellor Stephen Toope, renowned Canadian and anti-vaxxer.