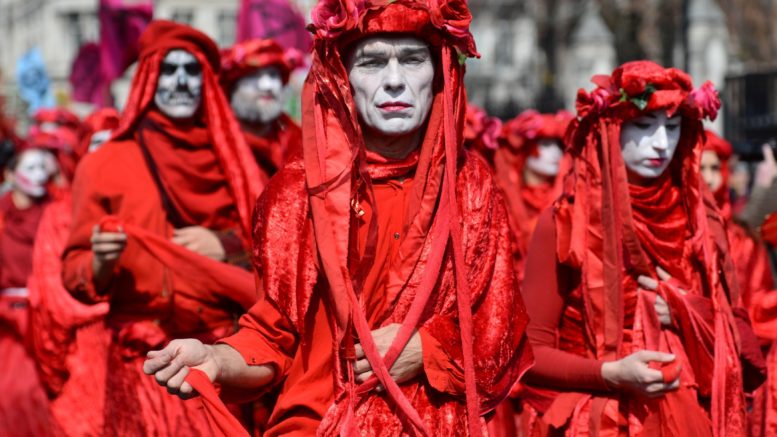 Lavender Journalist Marcus Atherton provides The Porter’s Log with an extract from his self-titled memoirs.

My involvement in climate activism had innocuous beginnings, as do all addictions. One minute I was swapping my rump steak garni for the dry vegan nut loaf at Hall on Meat-Free Monday; the next, my voracious appetite for quinoa and hummus was making me a millionaire in Nectar Points. When my neighbour started complaining about the noise from my impromptu recitals of Al Gore’s An Inconvenient Truth, I knew I had to find the people who understood me. I needed allies, and those allies were to be found in the Extinction Rebellion.

At first, it all seemed innocent enough. Everyone was friendly, everyone was passionate, everyone wore Birkenstocks. We all carried our matching tote bags everywhere and washed our hair once a fortnight. It was all For The Greater Good, and I really felt like we were making a difference.

However, the Extinction dream soon became my worst nightmare. Initiations were getting crazier by the second. In the weeks before I left, new recruits were being forced to imitate an offshore wind farm for twenty four hours. As a Marxist-Democrat-Socialist-Liberal-Socioanarchist-Generally-Woke-Person, I found this grossly unfair, mainly because those unfamiliar with the concept of offshore tax havens found themselves at a distinct disadvantage. Where were the carefree days of my own initiation, in which we had only to be dunked in a vat of oil to affirm our solidarity with the seagulls of the Gulf of Mexico? What had happened to the harmless practice of eating plastic to understand the plight of the majestic humpback whale? It was becoming increasingly apparent that I had joined little more than a sick, twisted cult.

Matters weren’t helped when members started to abstain from breathing in an attempt to reduce their carbon footprint. Ambulances cause yet more pollution, you know! I also discovered that the leadership were powering their laptops by forcing those not yet struck down by anaemia to run on a treadmill all day. This was not the Rebellion I’d signed up for.

But the breaking point came when I learned that Greta Thunberg’s ship was not actually solar powered at all, but a giant pedalo operated by a team of underling activists hidden in the hull. I couldn’t understand how the people with whom I fundamentally agreed – good people, people with beliefs and morals, people actually standing up, and indeed sitting down, for the world in which we live – could be such massive twats. I knew then that I had to get out, or it would be the extinction of me. The full story of my daring escape can be found in my new book, available leather-bound in all major retailers.