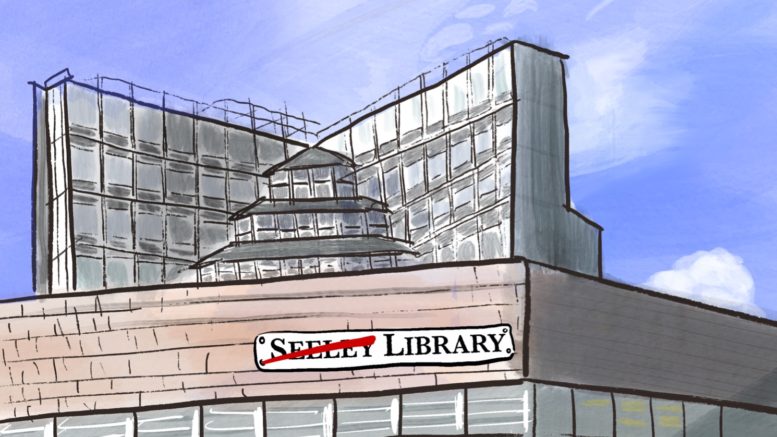 Cambridge University has intervened in the debate over renaming the Seeley Historical Library by claiming that the current name is nowhere near offensive enough.

The University’s preferred name change however, the ‘Ministry of Seeley Walks’, was scuppered after John Cleese revealed himself to be a ‘woke anarchist cultural-Marxist’ by cancelling himself and failing to appear before the Union on Friday.

A spokesperson for the University claimed ‘I mean Seeley was quite racist and imperialistic, but we at Cambridge strive for the very best and nothing less. Our libraries should be named after the most awful and unsavoury people we can find for the sake of our academic integrity. Cleese has shown that he simply isn’t sufficiently dedicated to being offensive to be honoured in this way.’ When our reporter asked about non-problematic historical figures as an alternative, the spokesperson replied ‘we considered it but, well, we just couldn’t find any old white men who weren’t.’

The University is thus looking into other names, such as Cecil Rhodes, Edward Colston and Joesef Goebbels, as ‘these people were world leaders in propagating racism and imperialism in their time, and have been far more dedicated to the freedom of their own speech than woke snowflakes such as Cleese have ever been’.

The Seeley is just one Cambridge institution deemed not to have an offensive enough name. The Whipple Library is presently trying to find evidence that Whipple was a serial killer, Churchill College has been briefing about Churchill’s many crimes against humanity for months and the new Vice Chancellor will reportedly have to legally change their name to Benito Mussolini, to reflect the nature of their role as a dedicated but ineffectual autocrat.