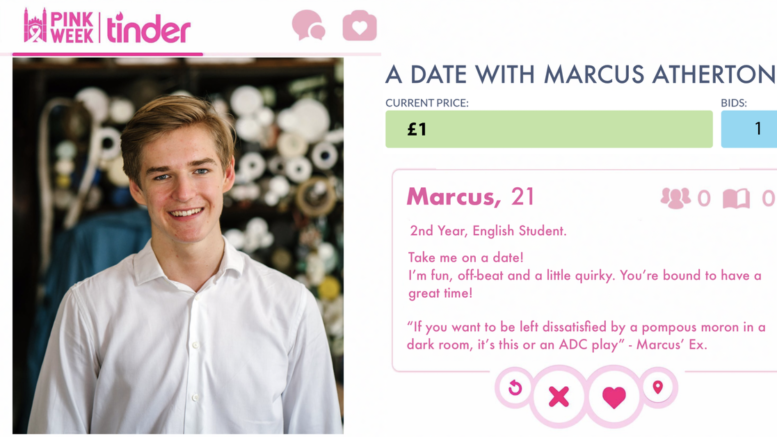 A Pink Week Committee Member who auctioned off a date with themselves for charity has responded with disbelief after their company was valued at only a single pound.

“I know the economy’s weak and the pound’s been tanking, but surely I’m worth more than a quid,” said Marcus Atherton after bidding closed at midnight.

There had been hopes that the charity auction would draw big donations and heavy competition. But Atherton, a 2nd year English student, failed to attract much attention at all, and when bidding closed only one bid at the £1 reserve price had been made.

“It’s not like I expected some sort of bidding war, or that my crush would have put down her student loan on the possibility of taking me to Baroosh. But this is utterly soul destroying. I would’ve been better off selling myself for scrap.”

“It’s just so disheartening to know that not one person from the entire student body values me at more than one-third of a VK.”

Despite the disinterest in Atherton, other members of the Pink Week Committee who were auctioned did attract significant sums. Ents Officer Emily Milton was surprised to find out that a winning bid had been placed by CUSU President Evie Aspinall, who has resorted to paying students to spend time listening to her after all her emails were ignored.

Another buyer, St. Edmund’s controversial academic Dr. Noah Carl, who insisted on the date being referred to as an “interview,” also made a sizeable bid to take “that thoroughbred Timothy Bainbridge” on a date.

Other Cambridge societies have dismissed rumours that they too will be holding charity auctions. A spokesman for CUCA stated “we don’t believe in charity. And anyway, no-one would date us.”

Meanwhile, the anonymous individual who bid £1 on an evening with Atherton, and gave her name only as Mrs. A, said that he was a “very special boy” who might have had more luck if he “made his bed and called his mum more often because she hasn’t heard from him all week, Mister.”