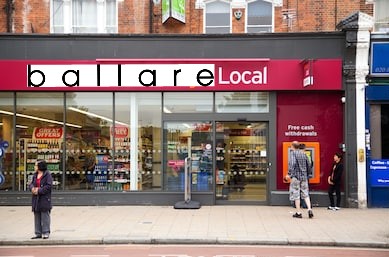 Cambridge’s Ballare nightclub has turned itself into a supermarket to ensure its doors can remain open for as long as possible.

With pubs, clubs and theatres closed indefinitely as part of increasingly stringent social distancing measures, Cindies has exchanged its DJ decks and disco balls for refrigerated shelving units and automatic checkout machines, a complete overhaul of the company’s image. From now on, the only cheesy hits on offer will be Pilgrim’s Choice Extra Mature Cheddar and the store’s own-brand pre-grated mozzarella.

It is anticipated that the new shop’s opening night will be beset by panic buyers and, as such, ticket sales have been limited to ensure that guidelines stipulating people keep a distance of at least two metres from one another are observed. In addition, in an effort to boost confidence among customers, Rishi Sunak has announced that £1000 of government-backed credit will be made available on each student’s CamCard.

Bouncers have been called in to deter would-be stockpilers, running mandatory screenings upon exit to confiscate any forbidden items like pasta, rice and toilet roll. The bathrooms will also be scoured at regular intervals and anyone caught taking ibuprofen will be immediately ejected. “It’s not rocket science,” said Chief of Security Marcus Atherton. “Don’t they know that ibuprofen, as an anti-inflammatory drug, impairs the precise mechanism employed by the immune system to combat acute respiratory infections?”

As an incentive to encourage early entry, all those who arrive before 11pm will be served a complimentary shot (of 70% alcohol hand sanitiser).