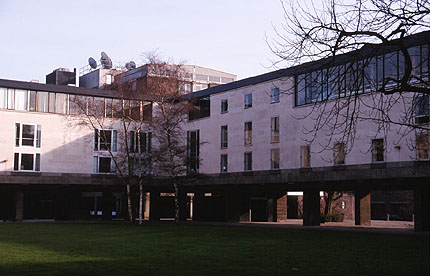 As COVID-19 continues to cause significant disruption to second year linguists’ plans, the Faculty of Modern and Medieval Languages has today announced that its students are entitled to an ‘imaginary year abroad’.

Any student unable to complete eight months working, studying, or teaching in a foreign country will be eligible for the new policy.

The faculty had reportedly been considering a number of alternatives, including sending students to Girton College or ‘the North’ in order to replicate the experience of being immersed in a cuture completely alien to them. Blasting students into space was also suggested, although when it was discovered that the Year Abroad Office would be unable to secure Erasmus funding for this endeavour, the idea was quickly abandoned. After weeks of deliberation, it was eventually decided that the best option would be to encourage students to ‘lie back and think of France.’

“We’re envisioning it working something like this,” said faculty representative Marcus Atherton. “Instead of jetting off to far-flung locations across the globe, students will stay in their parental homes – which they all have, obviously. They will find a quiet room, dim the lights, take an exorbitant amount of hallucinogenic drugs, close their eyes, and conjure up images of them freezing to death in the Siberian wilderness. It’s a brilliant solution; students will be able to live in their own self-absorbed bubbles as usual and, because it’s entirely made-up, the year abroad can be for them as wild and adventurous as they want. That is, of course, provided they pass the risk assessment.”

The faculty has made available a number of additional resources to help students make the most of their ‘imaginary year abroad’. For those unable to adequately recreate their culinary experience, there will be a complimentary continental breakfast consisting of a single stale croissant and a half-smoked cigarette. In an effort to provide intellectual stimulation for students, the department has also released an ambitious new point-and-click adventure game, entitled ‘Google Maps street view’.

Marcus is confident that the new measures will be a resounding success. “It’s a win-win really,” he said. “If the students don’t like it we’ll just say the whole situation’s out of our control but that we’re behind them 100%.”