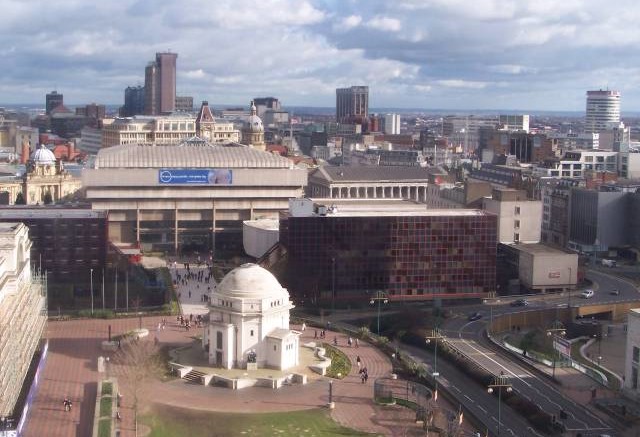 It was a cold November morning as my train rolled in to Birmingham New Street station as part of my charity challenge for RAG. I was filled with anticipation and wonder, excited to be entering a world where few had gone before.

As I left the station, what struck me first was how real everything was. The whole city just felt so authentic. When you see images of such far off places on Google, and on Planet Earth, you never imagine they’ll ever become part of your reality.

As I wandered through the streets, I watched two wide-eyed children jovially yell to each other in an obscure, lyrical dialect and made a note to pick up a phrase book from a local street vendor. Before I had the chance, my eye was caught by a horde of locals heading towards some sort of arena or coliseum. I allowed myself to be carried along by the crowd and arrived at the amphitheatre, where I had to haggle with a guard for entry. I initially offered him my gloves and hat, certain that such fine fabrics were surely a valuable commodity in this society, but in the end he settled for some crumpled £20 notes from my wallet. I assume they are now displayed proudly on the walls of his home, or being used as some sort of parchment.

Embedding myself in the crowd, I watched as men in bright tribal colours moved a ball around a field, to the baying screams and ritualistic chants of the spectators. As the spectacle unfolded, I smiled in amusement that only two of the participants seemed to have grasped that using their hands would be easier, but I suppose that knowledge is what years of rugby at school has afforded me. This quaint ceremony went on for about two hours and I left feeling truly privileged to have witnessed it.

Returning to the streets, I ambled into the centre of Birmingham and saw to my dismay that the blight of consumerism had already begun to poison this sacred place. A sign advertised the opening of a new McDonalds in a spot which really should have been turned into a National Trust site; an old Woolworths. One can only hope more is done to protect the heart of this majestic city, and I will say that if you want to visit, go now, before the city is changed irreversibly by corporate culture.

I returned from Birmingham almost a week ago, and it has hardly left my thoughts since. I am already planning my next trip, this time to give something back. Me and some friends are planning on spending our summer there to dig wells and teach English to native children – we might even build a school! And I hope that my story will inspire some of you to consider donating or volunteering your own time to help sustain the heritage of this beautiful city and its people.

To anyone considering travelling and exploring cultures other than your own, I implore you to do so. My journey to Birmingham may truly be the most defining trip of my life, for where I once was Lost, now I am Found.