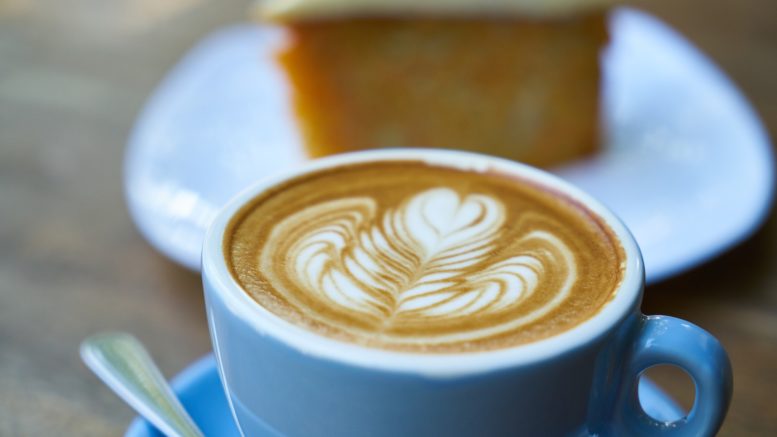 I was nervous when my editor gave me the assignment. After all, how does one review a way of life? But, then I realised, who better to do so than myself? I don’t drink coffee, I understand it, and to understand something, you have to drink it. But I also do more than that. Here, I have produced a humble attempt at distilling an immensely complex and important topic into concepts, and then thoughts, and then words.

Admittedly, Jamaica Blue is not quite the singular entity that I promised, its satellite shop in Chelmsford casting a dark shadow upon the whole enterprise. It did however have some redeeming educational features. The quotes of great Jamaicans were emblazoned on the walls, such that I felt transported through space and time to some non-2017 era when these quotes were presumably said.

Unfortunately, upon deeper inspection I learned that the Jamaican word for coffee, ‘coffee’, had no meaningful importance to this shop that was merely appropriating the country to sell coffee. They were even selling English breakfast tea! Forgive me for appropriating the Jamaican language to make this point, but I think this kind of behaviour is unacceptable in October 2017. I left quickly.

Seeking a more independent coffee shop experience, I was serendipitously invited to sample some ‘Columbian spice’ by a barista on his lunch break in Jesus Green. Leading me to a charming bistro (I unfortunately missed the name) with a distinct aesthetic, I was treated to an entirely new experience. I was instantly struck by the sprawling shafts of smoke wafting across the room and the rougher, darker take on interior design, with stained old mattresses being used instead of the traditional ‘table and chairs’.

The ghetto decor I could take, the service I could not. When I asked whether their coffee beans were gluten free, I was greeted by maniacal laughter. And while I’m not opposed to the new practice of injecting the bean straight into the vein, there should be options for those who want to clean their needles before use. Unfortunately, I can’t recommend this beanery, and the coffee was a little expensive for my taste.

Finally a unique experience! As my saying goes, ‘a good coffee shop tells a story’, and this was an E.L James novel: all subtle undertone, but with the occasional bout of indecent exposure to keep things interesting. To the untrained eye it might appear to be just another one of those high street chains, and therein lies the brilliance of the ‘Buck. Where others see a coffeeshop, I saw a rich social commentary.

The corporate drones were clearly hired actors, their humourless service a sharp critique of the utilitarianism of our lives! And, most importantly, the coffee was fabulous, its dull flavour surely a metaphor for the unpalatability of the capitalist workplace. Clearly, this is no conventional chain café, but an important independent voice that needs to be heard. To compound a truly personalised experience an “employee” even wrote my name on my cup. Starbucks is a true treasure – I almost hope they open another one!

There remained a problem with Starbucks. Could a coffee shop really be a coffee shop if it is known to be a coffee shop? Logic said yes, but I said no. A truly independent coffee shop is one independent of being a coffee shop. After a long trudge through the industrial regions of Cambridge, I found it. The sign loomed out of the sea of lampposts. It was so obvious. B&Q. Orange and white. If you’re colourblind and blind, it can’t be distinguished from the red and white of the Peruvian flag. I had come upon it after the 12th left turn of my search and, as everyone knows, Peru is the world’s 12th largest exporter of coffee!

I entered, passing a range of DIY and hardware products that almost makes one believe they run a successful business in selling home decorating equipment. The quest for the coffee was part of the mystique, and the idea to only serve coffee that others had discarded on the floor remains sublime. How can we truly appreciate a coffee if someone else has not loved and lost it before? As I bent down to begin licking it up, I realised this coffee had been on the same journey I had. From Genesis to Nirvana. Pearl Jam.

So there it is, B&Q is categorically the best coffee shop in Cambridge, I can only hope it has the same effect on you that it had on me. Join me next time when I’ll no doubt be unwinding another thread in the beautiful tapestry that is Cambridge. What it will be I cannot say. Tea? Hot chocolate? Your guess is as good as mine. 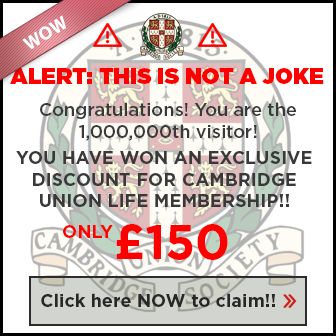