University of Cambridge Vice-Chancellor Stephen Toope will be a late arrival on I’m A Celebrity… Get Me Out of Here!, ITV bosses have announced.

Toope, who is Canadian, will appear alongside stars such as football manager Harry Redknapp and DIY-SOS Presenter Nick Knowles.

He is the latest in a long line of academics to try their hand at reality TV, following Mary Beard’s hugely successful stint on Love Island and the late Stephen Hawking’s appearance on Celebrity Big Brother.

As well as aiming to add to his currently paltry pay packet of just £365,000-a-year, the Vice-Chancellor has cited his desire to improve his reputation among the students as a key motivation for joining the cast.

“Of course, I know life in the jungle will be a challenge, but I think I can handle it,” Toope told paparazzi at Brisbane Airport.

“My years spent working with senior academics are great preparation for spending the night in a coffin full of cockroaches, rats, and snakes. I’ve dined at Caius, and the rice and beans can’t be worse than that. I know I can stand the heat, too – I once went to Fez on a Saturday.”

The show’s producers are billing Toope’s jungle shower scene to be one of the best since Myleene Klass’ famous white bikini, while there are also rumours of a potential romance between Toope and his fellow campmate, The Chase’s ‘Governess’ Anne Hegerty. If such speculation comes to fruition, this jungle romance will surely rival that of Peter Andre and Katie Price.

The announcement should also finally provide Cambridge students with a cause to unite behind: downloads of the show’s app have increased exponentially as students prepare themselves to vote for their Vice-Chancellor to take part in every single Bushtucker Trial.

Producers have urged students not to worry for their Vice-Chancellor, revealing that his luxury item, a vat of maple syrup, will be on hand.

Fears that Cambridge will suffer in his absence have been set to rest by Toope himself, who assures all that his trip Down Under will see no noticeable difference in the functioning of the university. 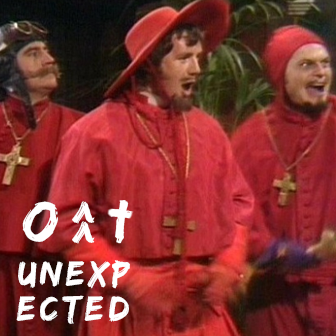