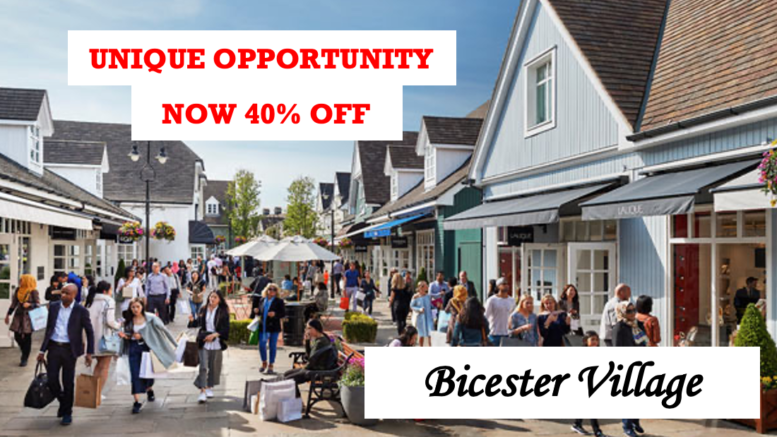 Trinity College has today announced that its recent decision to halve bursary support for students not in residence at the college was necessary to raise funds for a heavily discounted purchase of Bicester Village.

A spokesman for the college, who made the purchase on the advice of their new financial director the Monopoly Man, said it was a “unique opportunity” to add to Trinity’s wide-ranging property portfolio. Trinity considered purchasing Luxembourg but ultimately decided the discount designer paradise was a more valuable asset.

College officials have praised their new financial director. “Appointing Rich Uncle Pennybags has been the best decision we’ve made all year, aside from telling all the students to sod off and not come back even if their hometown has been annihilated in a blazing nuclear inferno with the only survivors living off tinned chickpeas and fighting radioactive mutants with the thin end of a broomstick,” said College Master Ivor Lottakash. “We wanted somebody who would embody our approach to finance, and who better to fit the bill than the face of a game that encourages people to buy up property as fast as possible then shamelessly screw anyone who dares set foot on it?”

As part of a set of sweeping changes to Trinity’s sprawling portfolio, the Monopoly Man also intends to make the college’s finances more flexible. The college already owns the port at Felixstowe, a highly liquid asset, but as a precaution the bearded mogul has also ordered a stockpile of fine wine, along with the construction of a pool of molten gold.

According to inside sources, Trinity were forced to postpone plans to purchase the Moon from Despicable Me’s Gru earlier this year. The college will now turn its attention to maximising profitability in the 99% of the solar system it already owns.

Future expansion plans have been somewhat limited by the decimation of the college’s savings after a botched attempt to short Gamestop stock. However, with the remaining £5, the Monopoly Man has set Trinity’s financial muscle on course for a takeover of TCS.